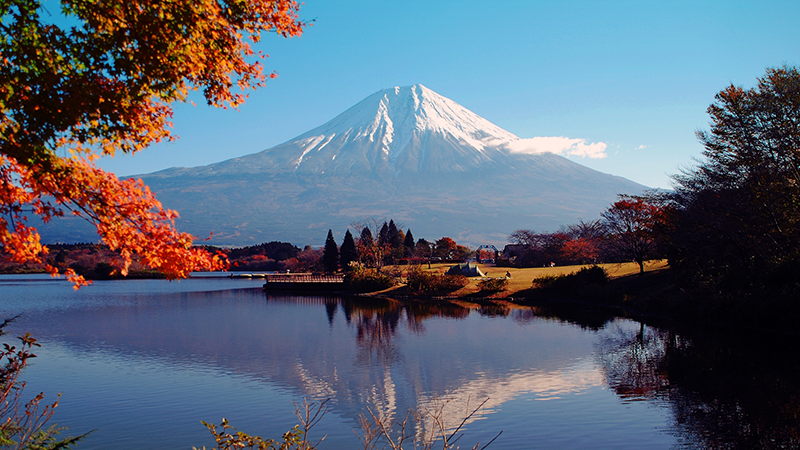 Mount Fuji(3776 meters) is the highest mountain in Japan located in between Yamanashi Prefecture and Shizuoka Prefecture. After it’s registed as A World Heritage Site, many japanese people climb Mount Fuji and the number of the Foreign mountain climber has increased every year. Some People say that it’s better to look at it than to climb it. But to climb mount fuji along people who want to have same experience to see the view, known as the Goraiko(“rising sun”) at mount fuji summit would be the one of greatest experience you could ever have. 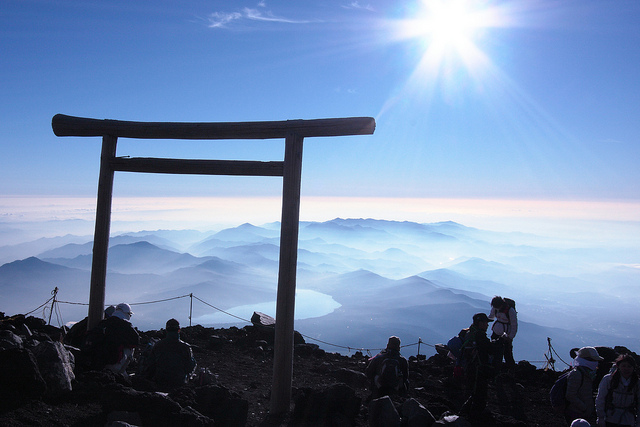 Mount Fuji is climbed by people of all ages who doesn’t even have climb experience before. Reccomend you to take major route for the first time which many people take. 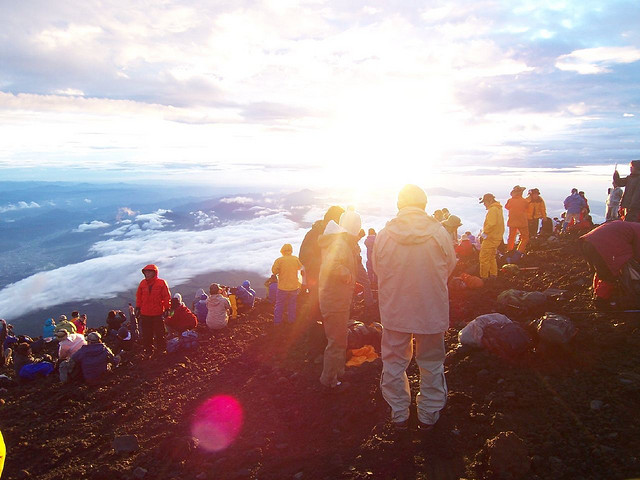 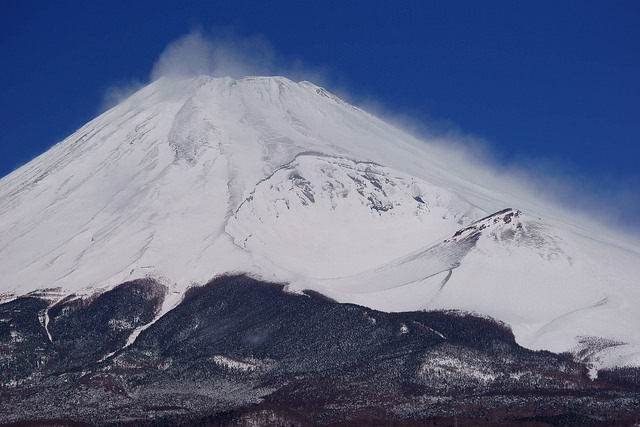 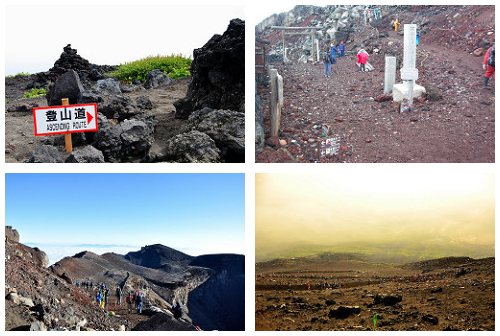 This is the most popular trail to the summit and for beginners. 17 Mountain huts and 2 first-aid stations line the trail mostly around the 7th and 8th stations. And it’s also the most crowed trail.

This is second popular trail and the closest trail to the summit. When the weather is clear, you can see a full view of Suruga Bay. And the ascent and descent are same way, so you don’t need to worry about getting lost. It may get crowed on the season and the time.

This is second closest trail and for second time. This trail has Tree belt until the Subashiri 6th station, so you will enjoy walking in quiet forrest. This trail isn’t as crowed as the other trail til the 8th station where it joins to Yoshida trail. The descent from the summit is a thrilling and enjoyable section of the trail, known as the Sunabashiri(“great sand run”).

It’ completely different to the other trails. The height difference is twice higher than Fujimiya trail. And only 5 mountain huts line the trail. So you can enjoy your climbing with your own pace. And the Gotemba trail’s descent from the summit is a longer Sunabashiri than Sunabashi trail’s. Some people take this descent route from the summit. 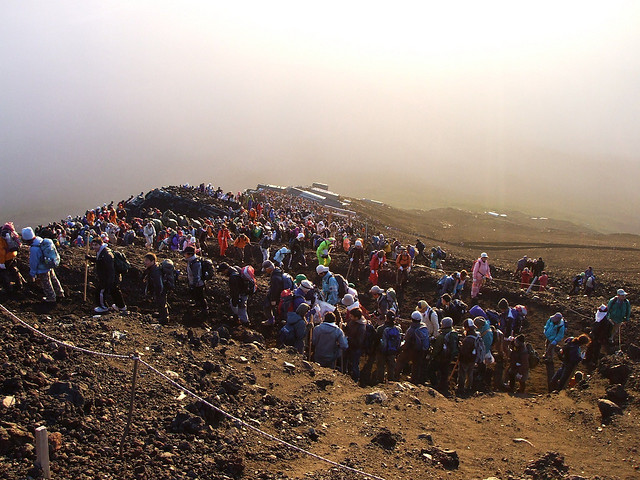 If you don’t like to go when it’s crowded, you should go on week day. On a weekend and the Obon Week(August 13th to 16th) which is an annual Buddhist event one of Japan’s major holiday seasons, it gets really crowded and sometimes you will have to stop til the line starts moving or even if you want to stop to take a rest, you’d still have to move. That’d make you stressed. If you plan to stay overnight at one of the mountain huts in the crowd season, letting you know that you are going to share a futon with another peron if it’s on a weekend. The time of Rising sun on the Officially Climbing Season. July 1st 4:30, July 15th 4:40, August 1st 4:50, August 15th 5:00, August 31st 5:15. 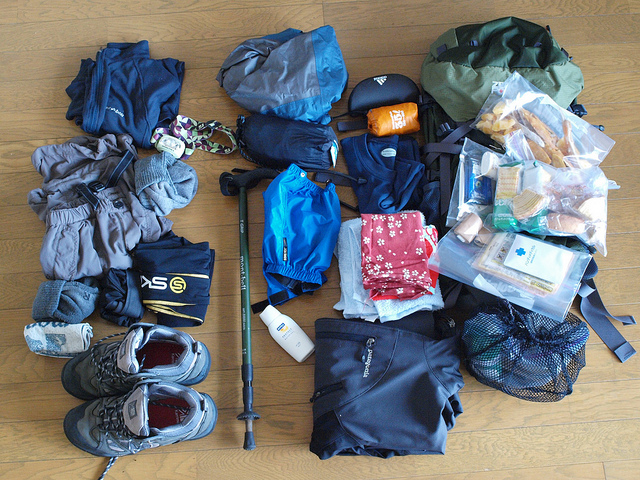 Climbing boots are the most suited. you can see people taking sneakers to climb, but sneakers will get damaged. High cut sneakers is better to shut gravel gets into shoes.

Rain wear is the must. The weather on the mount fuji gets changed easily. Even it’s sunny day, soon will get rained and windy and that will take your energy. The recommendation is to get separated type of rain wear that has high breathability. It’s a bit expensive, but wearing the low breathability rain wear, you soon sweat and get wet inside of the rain wear which lose the point of wearing rain wear.

When you rest, get aound the summit or get stuck in the crawd line, your body tempreture falls easily. Wearing fleece, sweater, down jacket can save you from it. The ones that light and retain heat will be recommended.

Head light is suited to light up your foot while climbing. Weak light’d be fine.

Bringing 2L of water will be fine. You can also buy 350ml of water for 500JPY at mountain huts along the way.(cash only)

Be prepared bring all garbage home since there are no public garbage bins on the mountain.

Credit card is not accepted at moutain huts Small Change: contribution for toilet.

To find sunshadow on the mountain is hard and that’d cause you a headstroke. Hat can also protect you from the sun and rain to get your head wet.

Your tempreture falls from your neck, wearing neck warmer can protect from it. 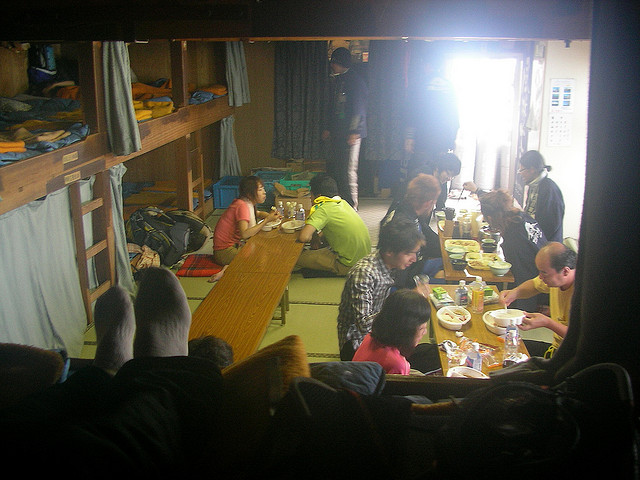 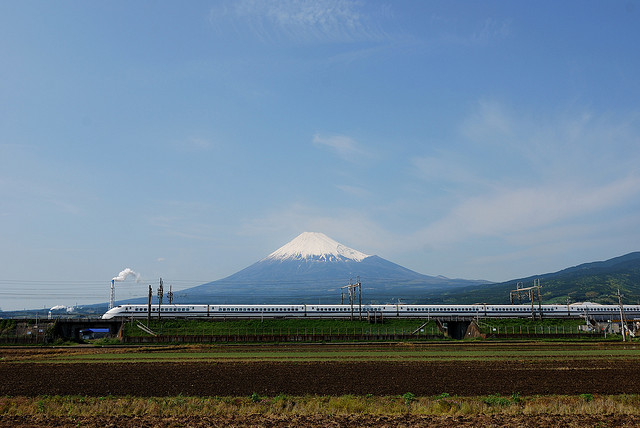