> Culture, Travel, World Heritage Sites Japan > Do at least! 10 things that you can only experience in Osaka 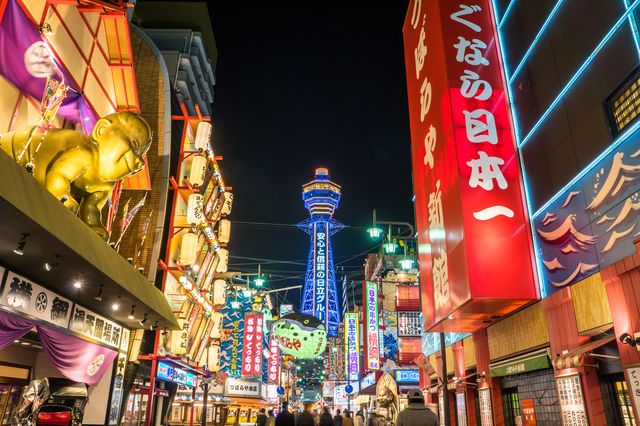 Do at least! 10 things that you can only experience in Osaka

Osaka is the second biggest city in Japan after Tokyo, accommodating 7% of the entire Japanese population. Anywhere in Osaka you will find energetic, open minded and funny local people. The atmosphere in Osaka is very lively. There are many things to see and do in Osaka, but you must go for experiences which are unique to Osaka. 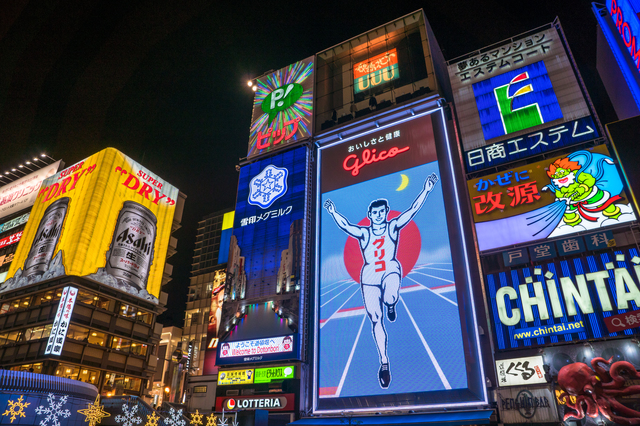 When you go to Osaka, Dotonbori is the “must go” district. It runs along the Dotombori canal, a district crowded with many shops, restaurants and bars. “Must do” things in Dotonbori are eating local food and having a look around interesting small shops. Other things you must see are the many massive business board signs and statues. Guriko (Japanese snack company’s sign on the huge electric monitor) and Kani Doraku (large moving crab at famous restaurant) are one of those popular photo spots. Those extravagant, massive, and a little bit bizarre ornaments are the symbol of Osaka’s business prosperity and vigorous atmosphere of Osaka. 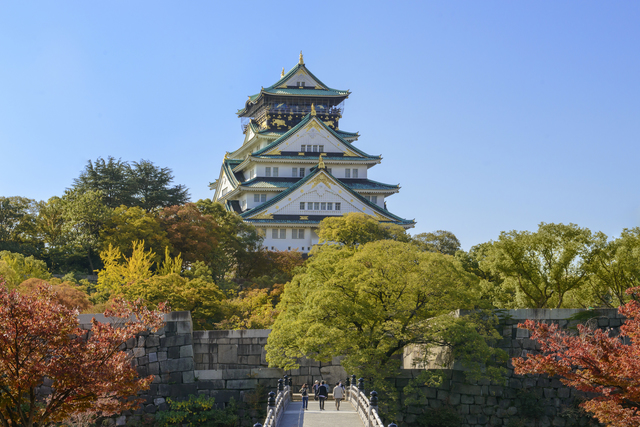 It is one of Japan’s most famous landmarks and it played a major role in the unification of Japan during the sixteenth century. You can get inside of the castle, gardens and shrine, you can get local foods at street stall. So if you like visiting traditional spots, this is on the must-go list. 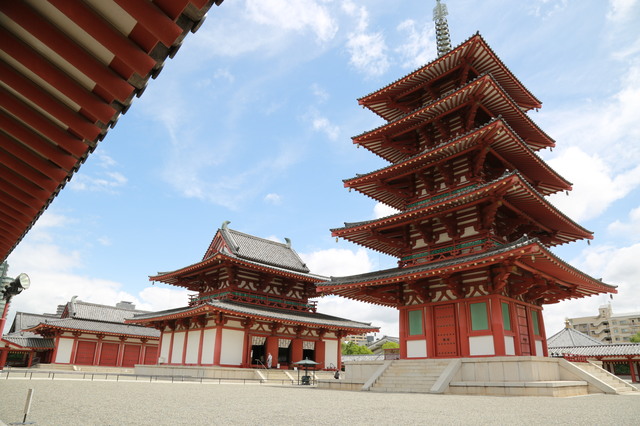 It is Japan’s first and the oldest Buddhist temple built in 593 by Prince Shotuku, who supported to bring Buddhism into Japan. The temple was destroyed by fire several times through centuries and rebuilt to reflect the original design. On 21st of every month, there are street markets that you can experience a traditional Japanese Festival. You’ll see local goods and foods, Japanese street games. Also there are many Buddhist activities including meditation.

It is a Shinto shrine in Sumiyoshi Ward, founded in 211 before Buddhism brought into Japan, is the main shrine of all over 2,000 Sumiyoshi shrines across in Japan. If you like sightseeing of traditional Japanese culture, it is one of Must-go list! 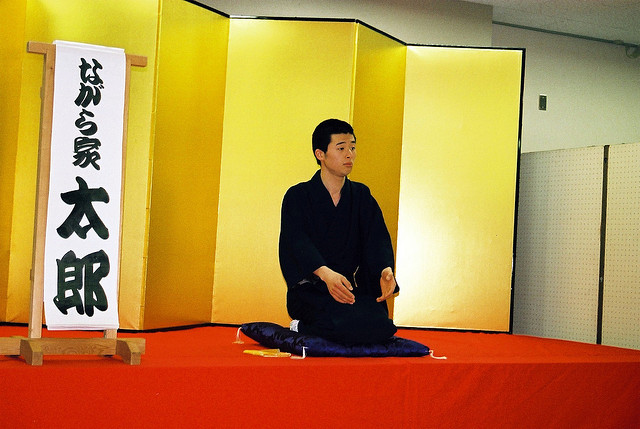 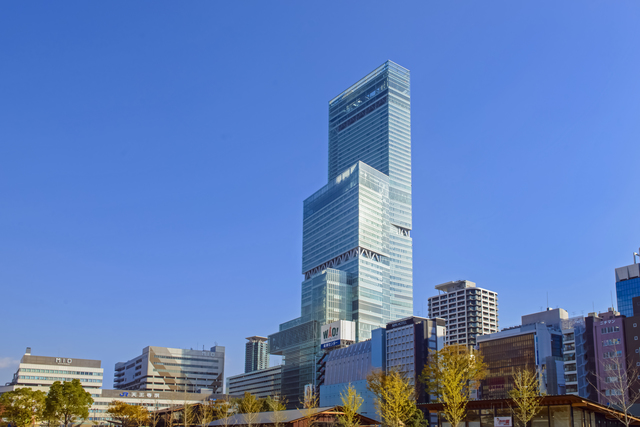 If you like to go shopping, this is the place for you. Spread over a number of buildings and hosting the biggest department stores in Japan, one of the buildings is a 300 meter skyscraper and is the tallest building in Japan. There are also a large number of restaurants, hotels, offices, an art museum and a train terminal. 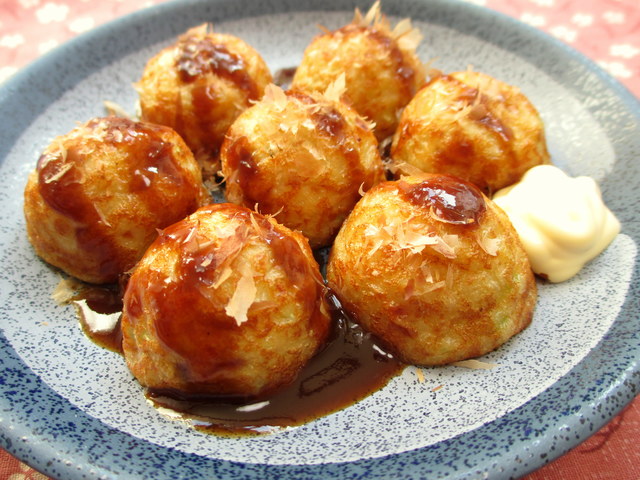 Osaka has such a rich food culture, and Takoyaki is one of them. It is Osaka’s street food. It’s tiny piping hot balls of batter filled with pickled ginger, crispy tempura bits and octopus. It’s crispy, gooey and delicious!! 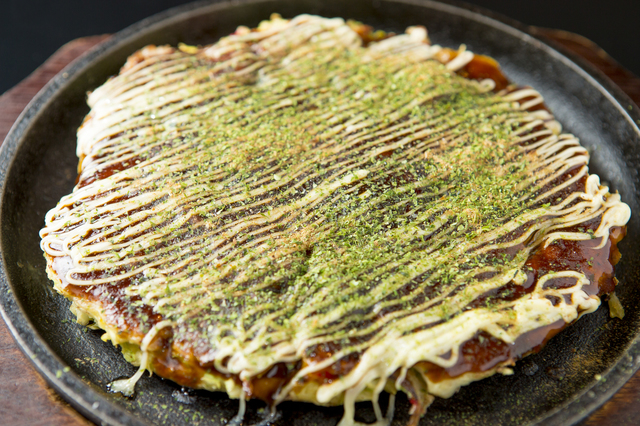 It is a Japanese savoury pancake, consists of batter and cabbage, and variety of toppings and ingredients are added as you like (which could be meat, seafood and cheese). This is available all over Japan, but Osaka is one of the most famous cities 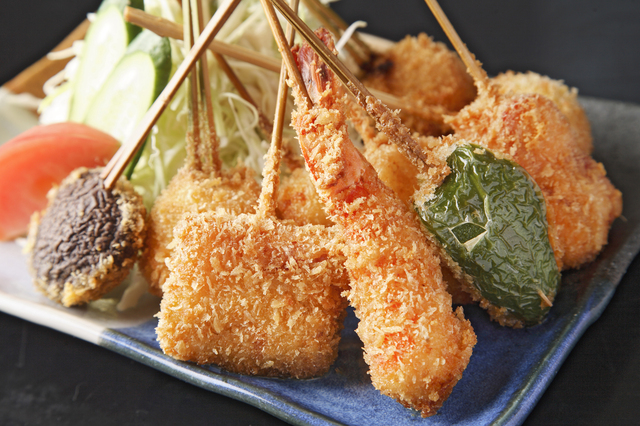 Kushiage is essentially deep fried food on stick, can be made of variety of ingredients, from meat to vegetables and cheese, which are put on a bamboo skewer, buttered and fried in a drool breadcrumb coating. You dip it in special sauce, which has rich flavour and a bit of sweetness. It’s hot, crispy and yet nice and tender in inside. 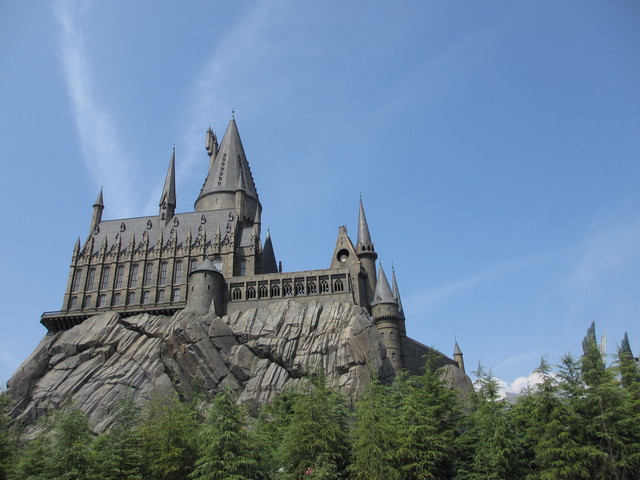 It is one of four Universal Studios theme parks similar to the Universal Orlando Resort. you’ll be fascinated by the experiences based on famous scenes and attractions from Hollywood movies. 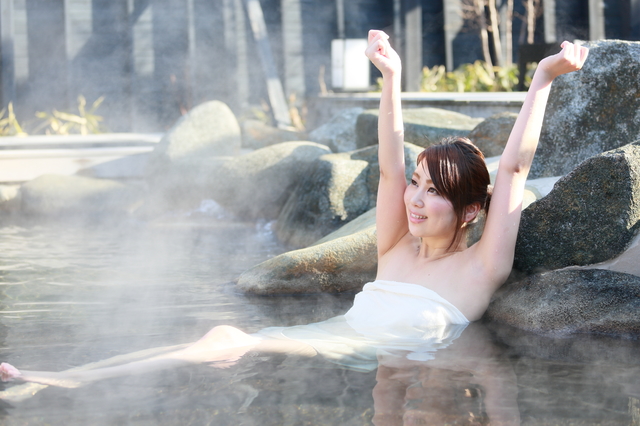 You can still have a relaxing time in the middle of a busy city if you go to SpaWorld. It has many types of Hot Springs, and variety of baths, Spas and stone saunas from all over the world. It also contains a large swimming area and hotel. 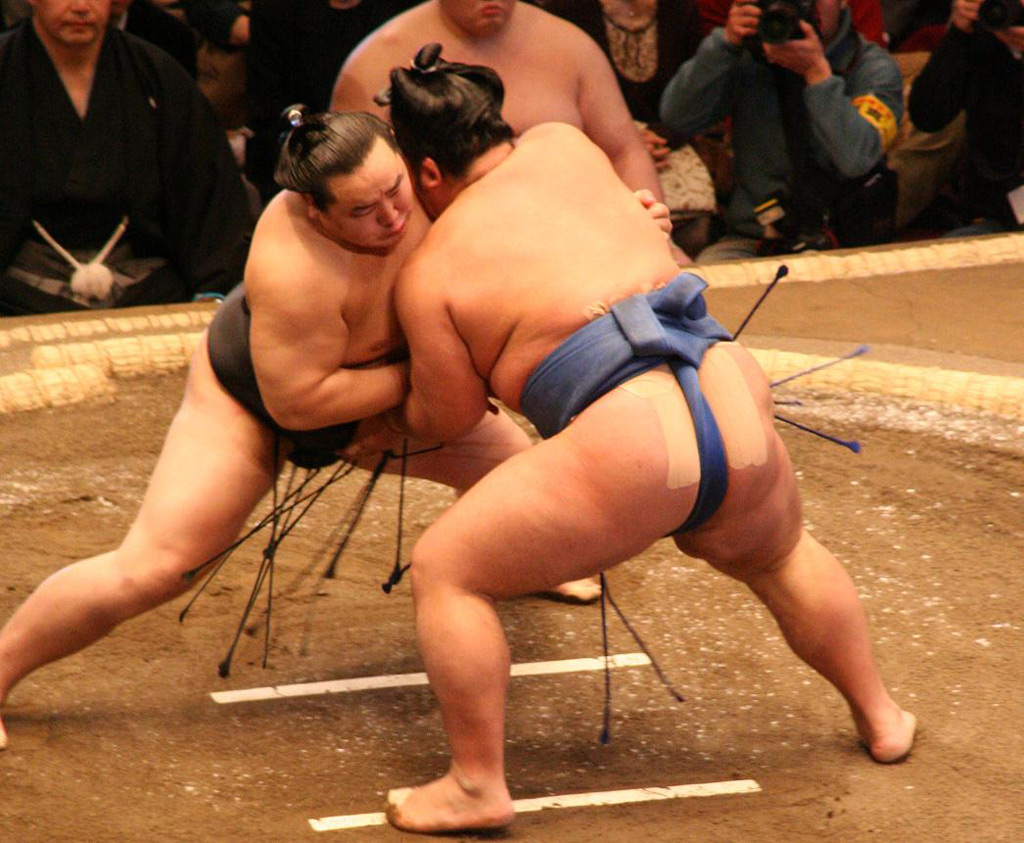 If you are interested in Sumo (Japanese traditional wrestling), the best way is to get a ticket and watch the Sumo tournament.

9. Visit one of hot area in Osaka ”Shin-sekai”

Shin-sekai (new world) is a busy district with many shops, restaurants and bars. Just walking around the area you may feel excited, you will find cheap and mysterious souvenir items. This district is full of fun, kitschy, and interesting Osaka culture. Don’t forget to take a photo with local charm doll, called Billiken-san, which is believed to give good luck! 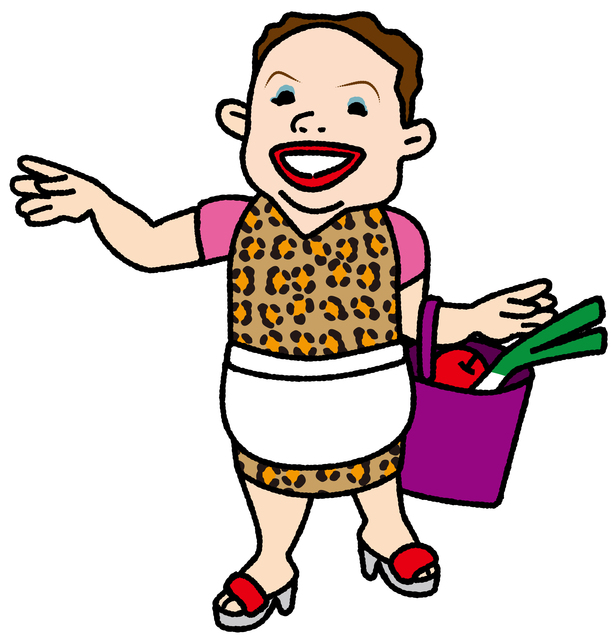 You may find many old ladies wearing leopard print shirts and zebra print leggings, which is the symbol of energetic mums in Osaka. Don’t hesitate to talk to those fun and nice people. They may give you a hand for finding directions, advice for sightseeing, a good laugh and lollies out of their pockets.

Good luck and have a fantastic adventure in Osaka!!