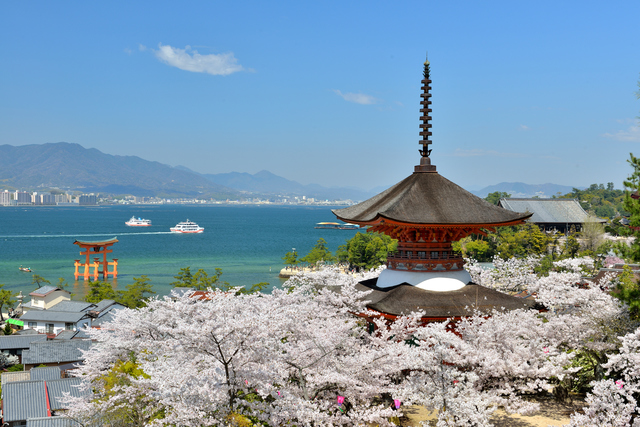 Itsukushima, popularly known as Miyajima, is situated in Hiroshima Bay in the Inland Sea of Japan – a gloriously beautiful area of Japan not to be missed. The floating Torii gate of Miyajima is considered one of the three most scenic parts of Japan, alongside the pine-clad islands of Matsushima and the sandbar of Amanohashidate. 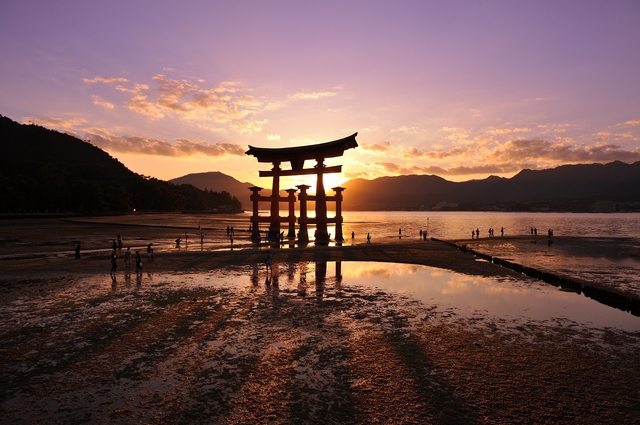 There are a few images that spring to mind when a tourist thinks of sightseeing in Japan, and the floating Torii of Itsukushima Shrine is normally one of them. The great Torii was first built in 1168 and is celebrated as the boundary ‘between the spirit and the human worlds’. The large floating vermillion gate makes for stunning photographs from the shore of Miyajima. The gate can also be seen from the ferry, which builds excitement as you approach the island.  At high tide you can go kayaking underneath the Torii, and at low tide you can even walk up to the Torii gate while it isn’t ‘floating’. 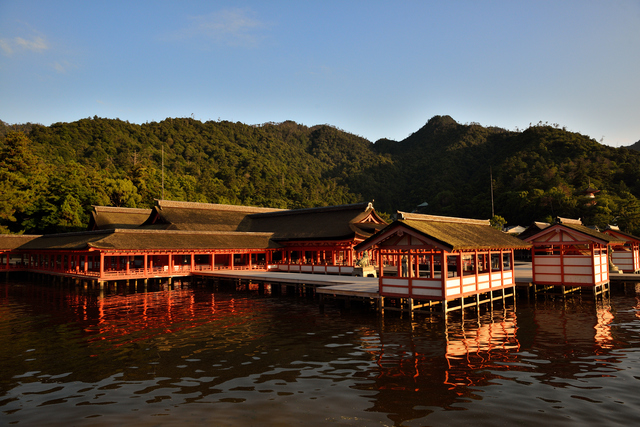 Miyajima (Itsukushima) is famous for Itsukushima Shrine, a UNESCO World Heritage Site and the first shrine buildings were probably erected in the 6th century. The fame of the shrine leads to the island’s popular name, Miyajima, “the shrine island”. The Shinto shrine has several significant buildings worth visiting.  Itsukushima Shrine is also one of Japan’s ‘national treasures’. 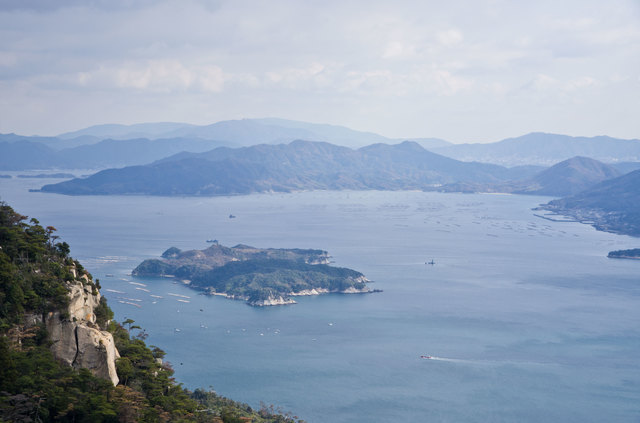 The highest peak on Miyajima is Mount Misen, at 500 meters above sea level. There are three walking trails up to the summit, which offers tremendous views over the island and the Seto Inland Sea as far as Hiroshima. Some of the course signs are only written in Kanji characters, therefore it would be a good idea to photograph or copy down the name of the trail you take when heading up, to more easily find your way back down. 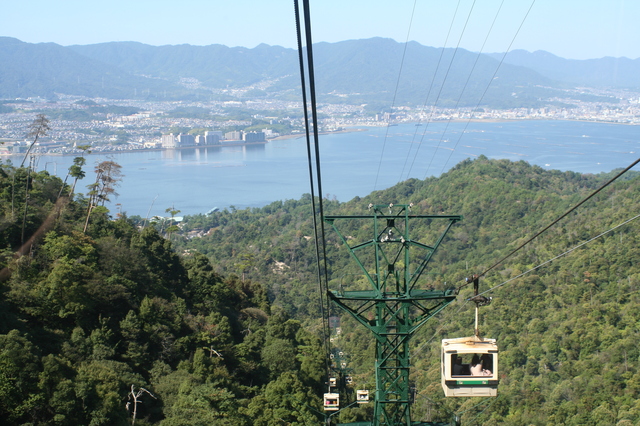 There is also a ropeway that will save you most of the 1.5 – 2 hours hike, reaching to within about 100 meters of the summit. From the ropeway station itself, the view is spectacular and includes an observatory deck and a small restaurant on the second floor with window seats.

If you choose to hike, consider the scree surface that can make parts of the trail slippery. Although a straight forward 30 minutes hike from the ropeway, it becomes tricky if you are wearing heels or sandals.

3-2. The Seven wonders of Misen 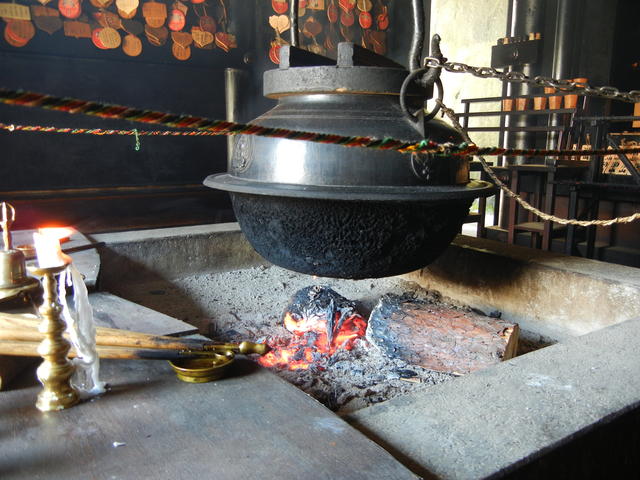 A visit to Mount Misen will also offer the opportunity to learn more about the seven wonders of the miraculous Mount Misen. These have lived on through ancient tales and can be experienced during your time there: 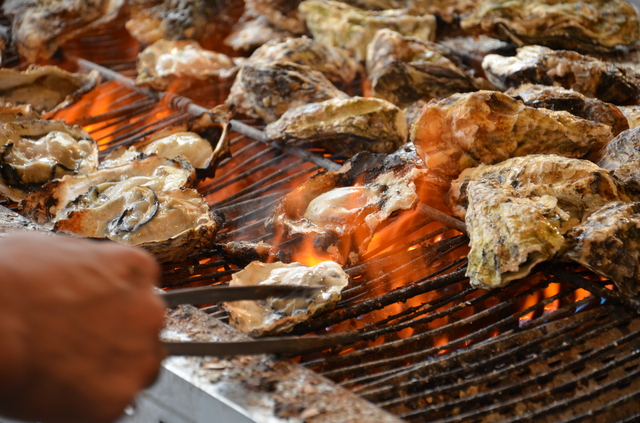 You will find plenty of options for food on Miyajima, and might be tempted to buy grilled meat and fries from a stall by Itsukushima Shrine – before debating whether to keep shooing the deer or walk while you eat.

5. Recommended accommodation to
enrich your time spent in Miyajima even more 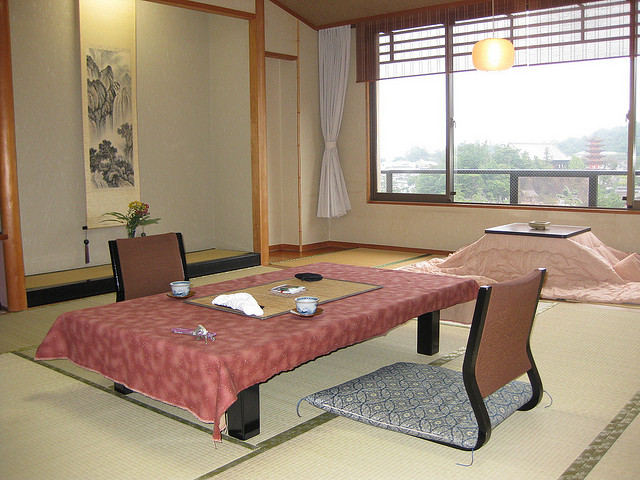 Staying at a traditional Japanese Inn, a ‘ryokan’ is an ideal way to appreciate the shrine at both day and night. The shrine and Torii are illuminated until 11:00 p.m. each day. Why not borrow ‘yukata’ and ‘geta’ sandals to take an evening stroll in true age old Japanese style.

Reservations for night cruises can be made through your Japanese Inn, or at the tourist information desk, and offer a unique view of the Itsukushima Shrine complex when illuminated. You may even be able to pass under the great Torii if your thirty minute cruise coincides with high tide.

There are many events and festivals, ‘matsuri’, on the island of Miyajima. There are a couple of particular significance and popularity:

Kangen is a kind of music used in Japanese court music. It is performed by playing Japanese string instruments, flutes and drums. Music is played on boats on rivers and ponds, celebrating customs 800 years old – when Taira no Kitomori constructed Itsukushima Shrine.

Next to Itsukushima Shrine is Daiganji Temple, which opens to the public only once a year, on July 17th.

Daiganji Temple is dedicated to Goddess Benzaiten and three buddhas. Important to Shingon Buddhism, many people visit at this time to celebrate  the Benzaiten Festival.

Admission to the shrine area is 300 yen.

Budget extra if you want to try the local food and do tourist shopping on the approach between the ferry port and the shrine – there are dozens of shops and restaurants here.

Access to the island is by ferry from Miyajimaguchi Pier, Hiroshima. A round trip ticket costs 360 yen.